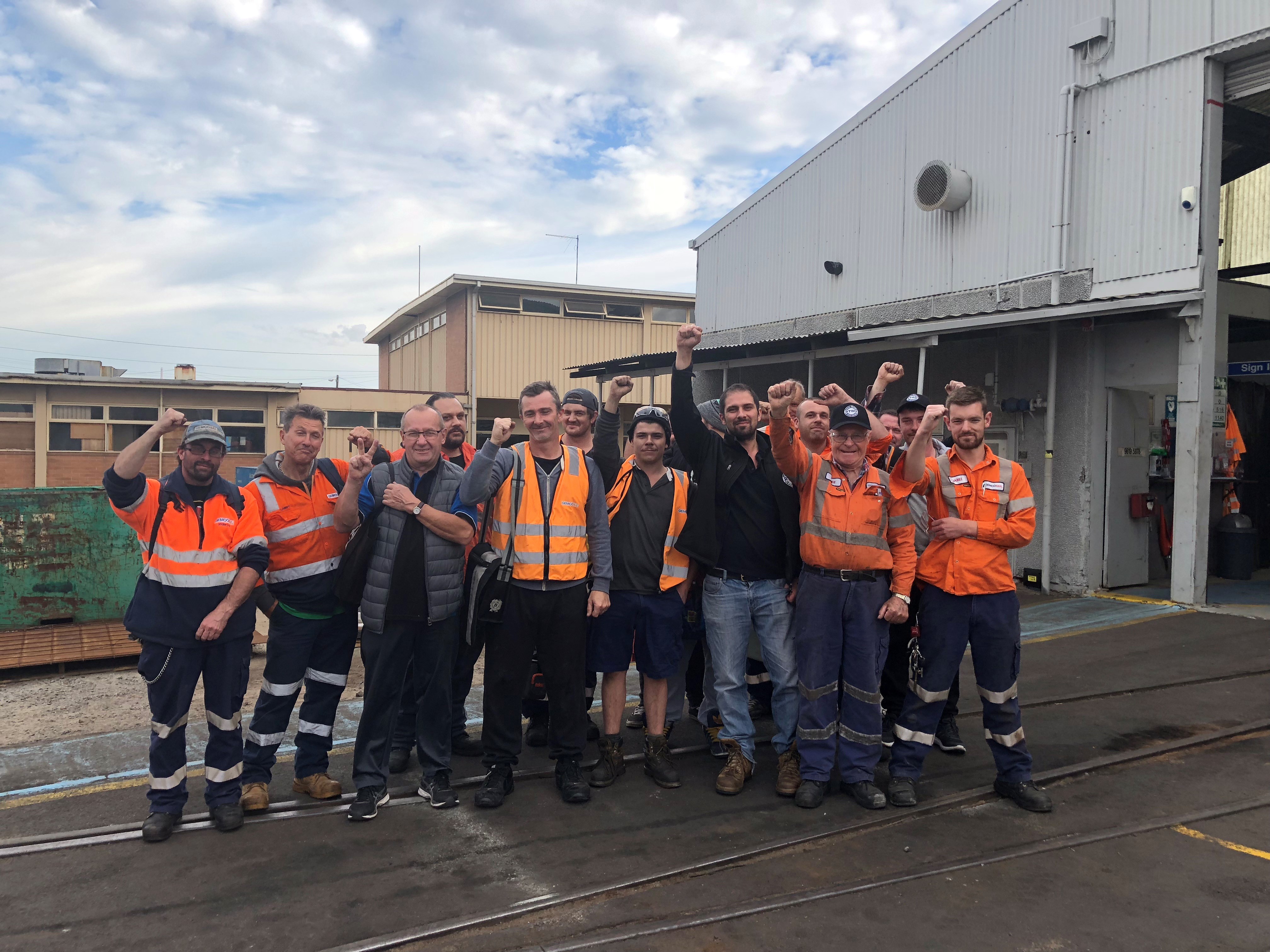 The Gemco Rail Enterprise Agreement (EA) currently covers members at Dynon and Altona workshops and horrifyingly expired back in December 2016.

Historically, members at Gemco Rail had not enjoyed the benefits of an industry standard agreement, experiencing lower redundancy provisions, high levels of casualisation, lagging payrates and no entitlements to bonus days. This was largely due to the fact that Gemco took over the Dynon workshops post privatisation and therefore the agreement didn’t benefit from established Public Transport Corporation (PTC) conditions.

Gemco members have long sought industry standard conditions and were not prepared to back down in their fight to achieve them. The lengthy negotiations came to a head when 100% of members endorsed industrial action across the affected sites. After two weeks of bans being implemented and members tightly sticking to their guns, the company reached an agreement with the members.

The conditions fought for and won constitute the foundation of rolling stock agreements across the state and it is great to see Gemco finally come to the party with this agreement.

Members have won five unconditional bonus days per year, an entitlement available to most members across rolling stock and infrastructure, yet also a favourite for employers to target for removal.

Increased redundancy provisions have also been included, which will see a jump in the cap from 12 weeks at 10 years’ service to 19 weeks. Status quo provisions will also now be incorporated into the dispute resolution procedure which is a fundamental clause that empowers members to put a stop to any issues, creative interpretations or downright toxic plans that any given company may have.

With the sign off of this EA, some of the other things members have also won are;

Long serving members can be heard speaking fondly of the days the entire industry was united working under the one banner of the PTC. The reality is that the industry is still united, but it is not our employer that unites us, it is our union.

There is no room for disparity of conditions in rolling stock, this fight was about achieving one set of conditions across the state, and by taking industrial action and sticking together, members at Gemco have demonstrated what can be achieved by being members of their industry union, the RTBU.

The wins in this EA were achieved by members sticking together. United we stand – Divided we fall!

10 February 2022 Dear Members, I am writing to inform you that after 12 years of representing RTBU Members, … END_OF_DOCUMENT_TOKEN_TO_BE_REPLACED

In what begins to define a new low for Metro, the RTBU has been forced to lodge a dispute over the company’s refusal to … END_OF_DOCUMENT_TOKEN_TO_BE_REPLACED

NO WAY METRO! The RTBU is fighting back against Metro's proposed cuts to frontline staff. Having received millions of … END_OF_DOCUMENT_TOKEN_TO_BE_REPLACED