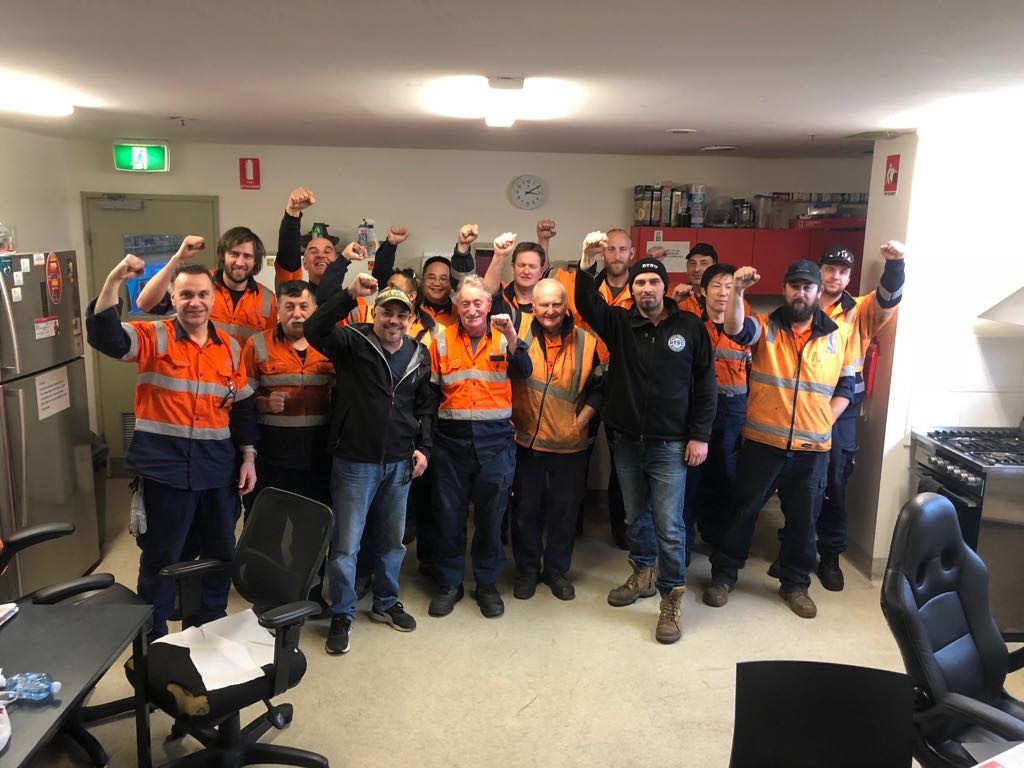 When roaming the worksites of the Victorian railway industry, you make many observations. One observation that some of you may have heard me reference before is that members who have been around since privatisation talk nostalgically about the glory days of the rail.

The days where all members regardless of classification worked for a single entity and were united by that fact. You see evidence of this in station masters who got their start cleaning Ballarat workshops, or the rolling stock maintainer that got their start as a way maintainer, the fitter that is now a depot manager. An attack on one was an attack on all, and the world was a simpler place.

These type of statements, as accurate as they may be, are often misguided, a condition instilled by employers to isolate members, break groups and ultimately divide and conquer. The reality is quite different. The reality is, if an employer makes a breakthrough and wins a dispute in the outer reaches of the network, other employers sit, watching just waiting to roll out the same strategy elsewhere, sometimes because management are being opportunistic, and at other times its borne from the necessity to remain competitive.

This is no better demonstrated by the new HCMT depot at Pakenham, whereby the RTBU refused to sign their Greenfields agreement on the basis that it holds significantly inferior conditions to its MTM counterpart. Noting that, if all goes to plan this depot will maintain approximately half of the Metropolitan fleet, you can bet your bottom dollar that MTM are going to want what they are having!

Likewise, the RTBU has long sought to standardise conditions for similar work across all facets of the rail, it is our view, that no matter where you work in the industry you should have the same conditions and if we have a breakthrough on a condition, we will make it our mission to roll that out across the industry. So the fact is we are all still united, the outcomes of battles fought no matter where in rail has the ability to affect our entire membership. The difference now, it is not our employer that unites us, it is our union.

The industry is changing, there are more trains running, new rolling stock requiring new skills, limited access to track to undertake maintenance in both metropolitan and regional corridors, safety requirements are tightening up across the board and inland rail is coming to renew the freight network. All this needs to be taken into consideration for the major 2019 round of bargaining across where our largest agreements with Metro, V/Line and Bombardier are negotiated, ultimately setting a benchmark for the conditions across our entire industry.

All members regardless of whether they are covered by the agreement in question needs to pay attention and do their bit, as the battles fought in the 2019 round of bargaining will ultimately affect every member across the network. We have a lot of change to deal with and fights to fight next year, however we have never been stronger, our members never more organised and never more hungry for a win.

Your one stop COVID safe shop. We're here to help with all workplace safety issues.  The RTBU has worked … END_OF_DOCUMENT_TOKEN_TO_BE_REPLACED