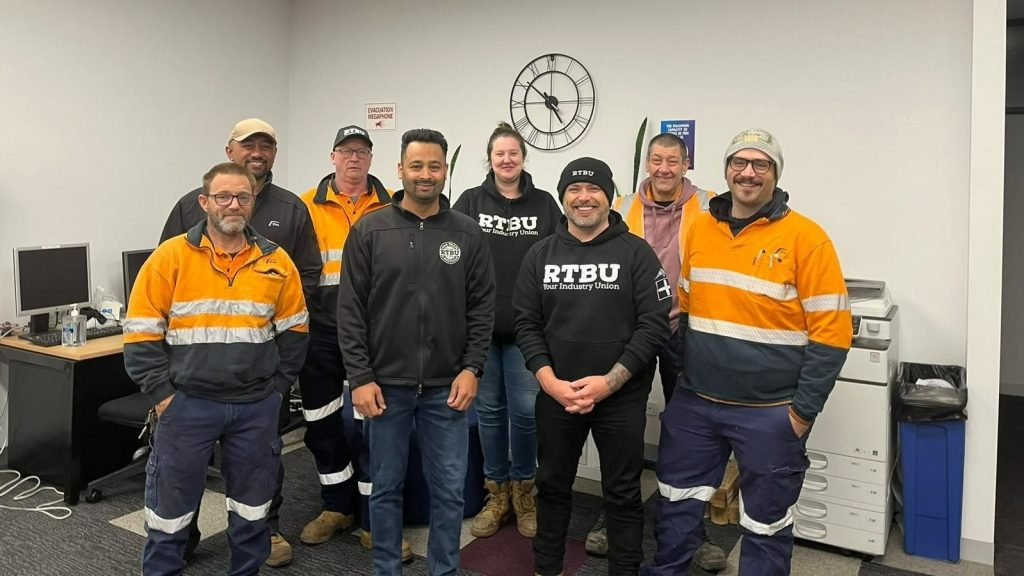 This month saw the beginning of the Suburban Rail Loop (S RL), the continuation of level crossing removals, I met with members and visited several projects.

The Loop project will create a 90km rail line which will link every major rail line from the Frankston Line to the Werribee Line, all via Melbourne Airport. This project will feature three transport super hubs based at Clayton, Broadmeadows and Sunshine. These superhubs will connect regional services, allowing passengers outside Melbourne the convenience of travel without having to go through the CBD.

The project has been divided in three parts, the SRL North (Box Hill to Melbourne Airport) SRL West (Melbourne airport to Werribee) and SRL East (Cheltenham to Box Hill). With Victoria’s population expected to grow over 11 million by completion, the SLR is vital to both users of our transport network, and the workers of the over 8000 jobs it will create.

In addition to these exciting projects, the level crossing removals are on track to completion with 64 of the planned 85 already finished. The level crossings that are yet to be removed include the Camms Road crossing in Cranbourne, Webster Street in Dandenong, Parkers Road in Parkdale, Warrigal Road in Mentone, Mt Derrimut Road in Deer Park, Cave Hill Road in Lilydale, Dublin Road in Ringwood East, Coolstore Road in Croydon, Keon Parade in Reservoir, Brunt Road in Beaconsfield , Progress Street in Dandenong South,  Station Street in  Beaconsfield, Station Street in Officer, Webb Street in Narre Warren, Calder Park Drive and Holden Road in Calder Park.

This past month I visited several projects and met with members at prestarts across the state. I visited the Gippsland Line Upgrade (GLU), Shepperton line upgrade (SLU), Bendigo Line Upgrade (BLU) and the Geelong Line upgrade. Next month will be a continuance as I visit Sunbury, Glenroy, Hurstbridge, and Murray basin.

Over the past few weeks members have raised several safety concerns relating to certain projects, which the union will continue to address and fight for. I will carry on working alongside members and other unions to ensure the safest rail worksites and conditions for all rank and file members.

The Transport for All coalition is a group of disability advocates with a keen interest in transport. The RTBU has been … END_OF_DOCUMENT_TOKEN_TO_BE_REPLACED

V/Line are at it again!  This time it’s in Bendigo where management have taken it upon themselves to completely ignore … END_OF_DOCUMENT_TOKEN_TO_BE_REPLACED

NO WAY METRO! The RTBU is fighting back against Metro's proposed cuts to frontline staff. Having received millions of … END_OF_DOCUMENT_TOKEN_TO_BE_REPLACED