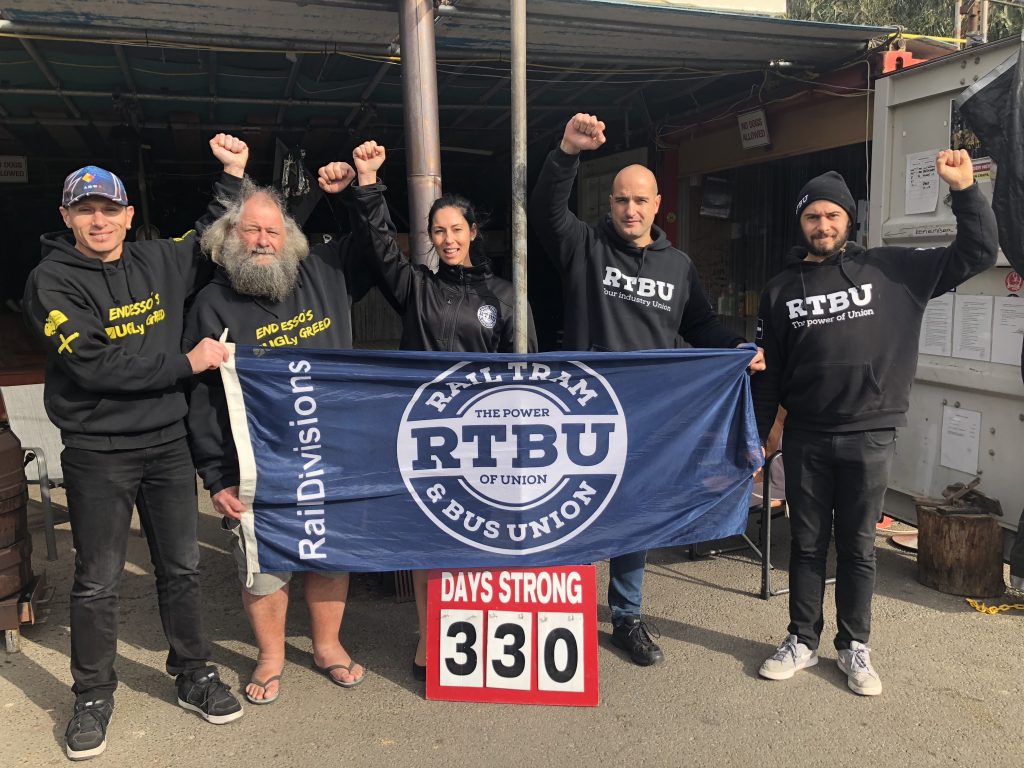 For almost 365 days, maintenance workers from ExxonMobil in Longford have been out on the grass fighting for their basic rights and conditions.

In 2017, after being awarded a further seven-year contract, the engineering giant UGL set up a subsidiary company MTCT Services Pty Ltd. Instead of continuing business as usual, UGL then sought it fit to sack the entire workforce of 200+ hardworking Australian’s and offer them their jobs back under the new subsidiary company MTCT Services Pty Ltd the very next day, with their pay and conditions slashed.

For these workers, signing new contracts with MICT Services Pty Ltd would see:

This is an absolute disgrace and unfortunately happening all too often. We saw this in 2016 with the CUB Dispute and I’m sure this won’t be the last time that an anti-worker, un-Australian company try and undercut hardworking Australians.

It is time that we stand up and fight back against another anti-worker, manipulating, non-tax paying overseas company.

On 28 June 2018, it will be the one-year anniversary of the picket. For these workers, over the last 365 days, their lives have been turned upside down, their personal lives, almost non-existent. They need our support, and the support from the entire union movement.

On 28 June, the RTBU will be sending a contingent of officials, members and supporters to Longford for the one-year anniversary of the picket. If you would like to join the RTBU on the day, please call the RTBU Office on 8630 9100 to register your attendance.

We will be meeting at the RTBU Office at 7:30am for an 8am departure to Longford.

The day will include a BBQ lunch and activities for kids followed by a mass meeting with guest speakers. Let’s help these workers send a message to UGL and ESSO and show that the union movement will not give up!

To find out more information about the dispute, or to donate money to the workers, you can visit: https://www.essouglydispute.com/

10 February 2022 Dear Members, I am writing to inform you that after 12 years of representing RTBU Members, … END_OF_DOCUMENT_TOKEN_TO_BE_REPLACED

In what begins to define a new low for Metro, the RTBU has been forced to lodge a dispute over the company’s refusal to … END_OF_DOCUMENT_TOKEN_TO_BE_REPLACED

NO WAY METRO! The RTBU is fighting back against Metro's proposed cuts to frontline staff. Having received millions of … END_OF_DOCUMENT_TOKEN_TO_BE_REPLACED