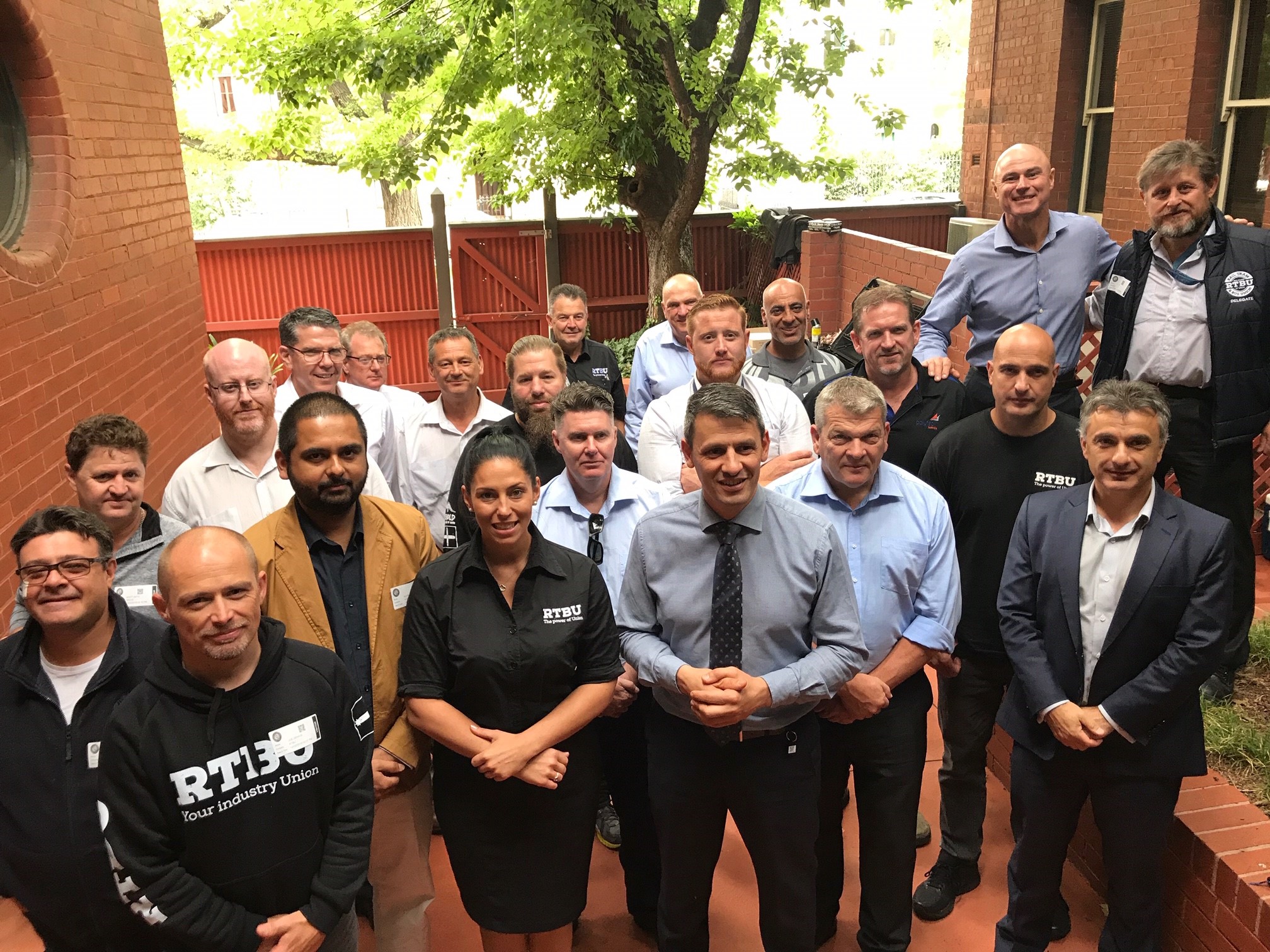 Since 2010 when the Protective Service Officer’s (PSOs) were first introduced to the network, there has been ongoing negotiations between the RTBU and The Police Association (TPA) regarding PSO involvement on the rail network.

There are now 25 roving PSOs who are permitted to travel on trains and trams. Earlier on during the consultation involving all parties, there was an agreement that AO and PSO workshops would be created with RTBU representatives and TPA representatives to engage and build relationships moving forward.

In the last two weeks, we have held two workshops involving the Delegates and officials of the AO grade and PSO grade.

The workshops have been successful so far with many attendees from both the RTBU and TPA and we look forward to progressing with a positive working relationship in the future.

The greater we as rail workers can work with the PSOs, the safer our network will be.

10 February 2022 Dear Members, I am writing to inform you that after 12 years of representing RTBU Members, … END_OF_DOCUMENT_TOKEN_TO_BE_REPLACED

In what begins to define a new low for Metro, the RTBU has been forced to lodge a dispute over the company’s refusal to … END_OF_DOCUMENT_TOKEN_TO_BE_REPLACED

NO WAY METRO! The RTBU is fighting back against Metro's proposed cuts to frontline staff. Having received millions of … END_OF_DOCUMENT_TOKEN_TO_BE_REPLACED